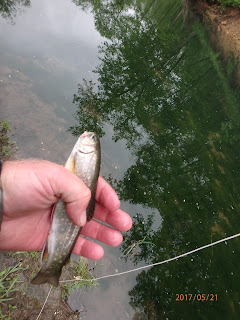 First, I caught fish. In five days, I brought 26 to hand.

It rained four-and-a-half inches the week I was fishing. It showed. Conditions for me were hard.

My fish were all cookie-cutter 8" to 12" aggressive little beasts which tells me I was a split shot or two away from some of the nicer fish I saw landed.

I had fun. I'll go again in a heartbeat. 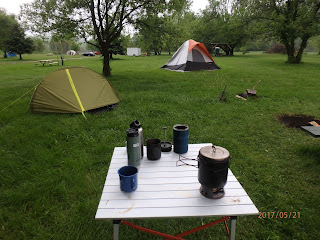 It was cold. One morning was thirty-four and wet. That's tough for mid-May around here. It isn't unexpected. Coffee was a morning treat and I tried to make sure my companions had some hot brew waiting as soon as they roused.

We had morning warming fires, too.

My tent on the left. Dirk's in the background center.

Both tents lived through a sixty mile-an-hour squall a half-hour after being put up. Dirk's snapped a fiberglass pole that was easily repaired. I have to say the Cabela's outfitter's model he had was a lot tougher than I thought. Dry, too. Nothing duct tape and a splint couldn't fix.

Above, the campground at the West Fork Sportsmans' Club. 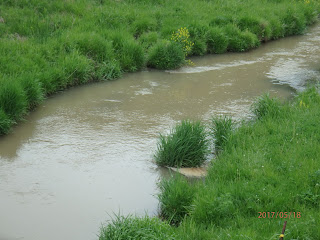 We saw plenty of this: chocolate milk.


Bohemian Valley here. I've a hundred pictures just like this of seventeen other streams. Heartbreakers, really. 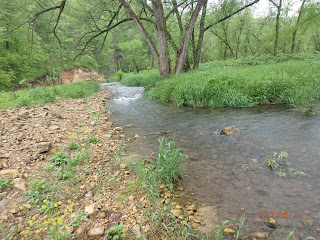 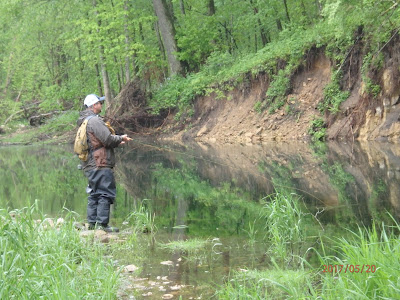 Dirk fishing the cliff face on the stream from above. He's a commercial fisherman and a fly shop owner. He did well. Here he is preparing to pull a nice fish out of the hole. 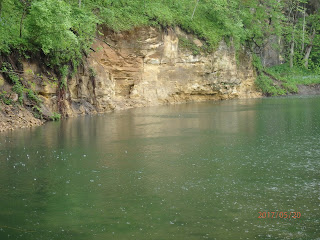 Another perspective. We fished the rain (fourteen hours of it) on Saturday. I came back and fished another six hours on Sunday and pulled eight fish from here. 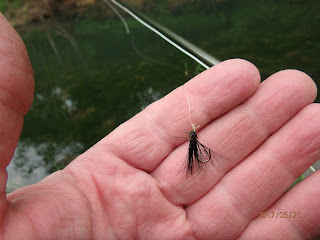 One of my choices in the mud. The next cast pulled a fish out on it. 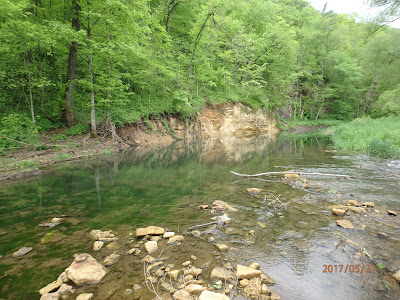 A better image of the hillside from Sunday. The water had cleared considerably. That pool is eighty yards long, twenty-five wide, and barely moves.

After facing mud, I was willing to try and fish my most difficult environment: the long slow pool.

I worked on technique, rested the pool, worked again. I had success. 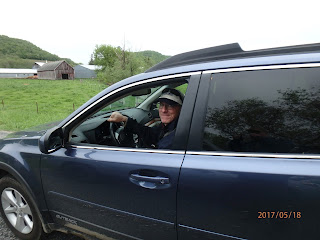 We did a lot of scouting. Regrettably, this is the only shot I have of Dr. Don that wasn't of his back. I have several of his back bending down to unhook a fish. 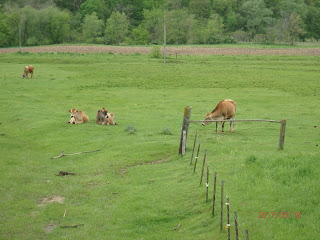 Obligatory cow shot. Coulee is at the left just out of frame.

I fished the Driftless in perhaps its worst state short of flood. I still caught fish. I had fun.

I lived five days in a one-man tent and saw it shrug off a tremendous spring blow.

I wore wool and Capilene every day.  Half our party bailed halfway through the outing due to weather.

I'd go back tomorrow.