The Secret Origins of Fly Fishing 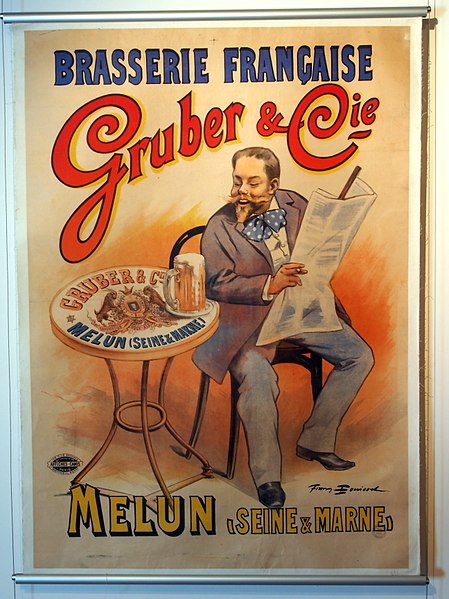 Even the French can figure it out.

From my part of the world, there is a well known quote taken from the diary of a monk in a local abbey. The phrase is now the advertising slogan of the Free State Brewing Co. [ And their products are outstanding. John Brown Ale is a favorite of mine.]

Because without beer, things do not seem to go as well.

Hey. I'm a brown ale amd E.S.B. sort of fellow. the IPA represents the garbage we send to the troops overseas. While I've seen the elephant, I don't fancy that over-hopped IPA as much as I do a fine nut-brown ale.

I also own a scythe I use regularly during the summer. Did I mention that? Probably has something to do with large pitchers of brown ale on late spring evenings. [ Possum Trot - also a fine brown ale ].

Monday nights at my local Beer Grotto sees a bunch of otherwise bear-like creatures gathering in hibernation season to tie flies, occasionally grunt in approval of the effort, quaff fine Michigan brews (over 50 on tap), and discuss the state of the trout. The topic of politics remains banned (local, state, and national).

Most of the discussion is about trout, trips for trout, encounters with trout, anticipating encounters with trout, tying materials, and my known obsession with soft hackle flies in 16, 18, and 20. (Yes, one can tie 20's just fine and they will hook and hold trout though I am not in the 20" on a #20 club, yet).

Tonight, after a dozen Partridge and Yellow in 16 and 18, I stopped and tied some of Steve Bird's Woodcutters in #8 and #4.  Surprisingly rewarding ties after fumbling with those little ones for a while in the dingy interior of the bar (I do not travel with a light, yet).

Anyway, beers, big flies, and trout dreams. All and all not a bad way to spend a Monday night.

I'm fairly certain our entire pursuit originated around a keg of beer on Monday night. Some feathers. Some horsehair. A beer too many. A Scottish dare. Fly fishing.

Anyway, how'd you spend your night?

Decent work if you can get it.