It isn't about trout. Rather, it is the Canadian fly-in experience.  We were on the lake the first week of August and I've been playing catch-up at work and home (new beagle moved into the house when I returned).

So photos and comments: 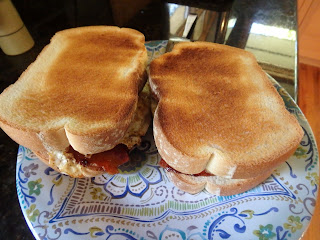 The toasted ham-bacon-egg breakfast sandwich. Huge hit this trip. Wrapped in a paper towel and foil and it is a boat-ready breakfast. 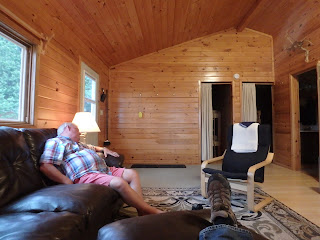 Fishing partner after drive to Canada. We're at the Hideaway Lodge in Emo, Ontario. Doug and Kathy are great hosts, though Kathy has grown tired of our 4:30 AM fly-out bit. 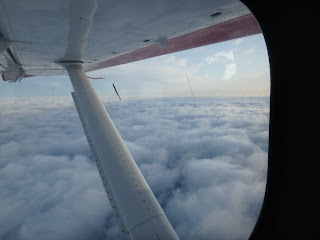 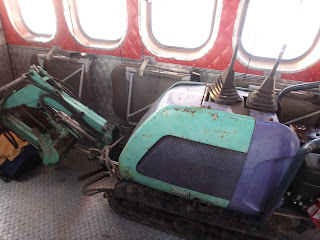 My seatmate: Moki the Power Hoe. He's got a new Briggs-built engine and is on the way to Wabi with me. The thing is pretty much just possessed. The hoe, when running, is subject to random thrashing. Yea - it was manhandled out of the plane. 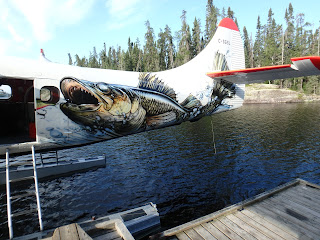 The Otter all tatted-up like a 70's conversion van. 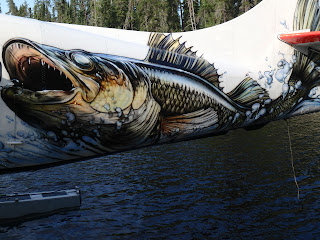 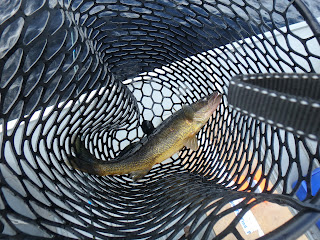 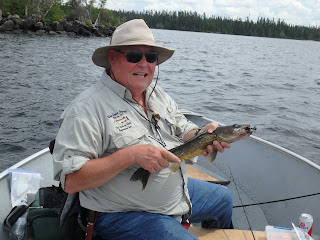 Mike's first fish (mine's bigger ... though that was the smallest he caught all week).

Bear swimming. Best photo I have. We saw two. This was the best snap. 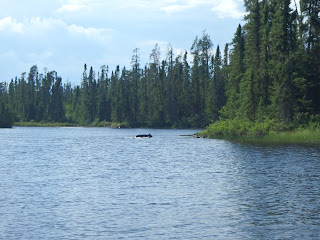 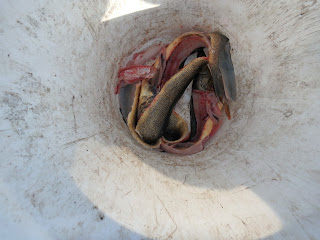 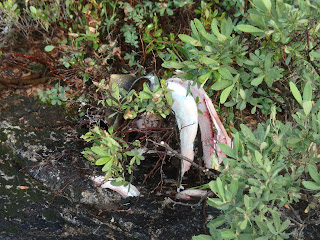 Guts on bushes of island guarding our lagoon. 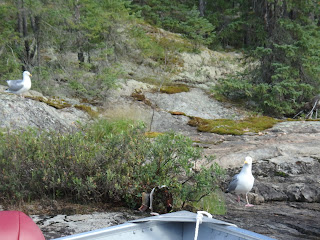 Trying for an eagle pic. He's shy and won't come down. Gulls are however not camera shy.

Guts always attract an audience ... this time my fishing partner. 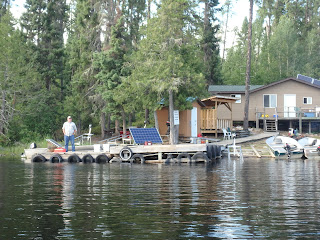 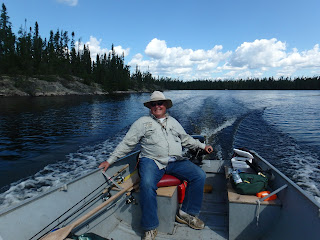 Rare snap of Mike driving the boat. He ran over the buoy. Hooked a buoy 4 times. Hooked the anchor line. 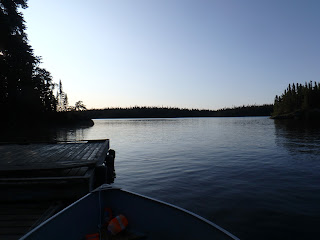 Morning prior to a day's outing.


An a panorama of the lagoon. 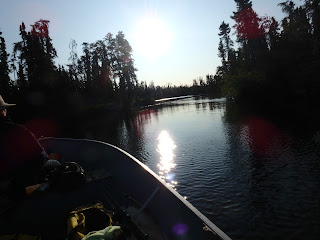 Going through the Honey Hole to the Lower Wabi.


Thanks for indulging me. I'm not going back for a couple years and this trip will always be special. Too much travel to cover and Wabi has been good to me. Time to see some other country, too.
Posted by spike at 5:48 PM