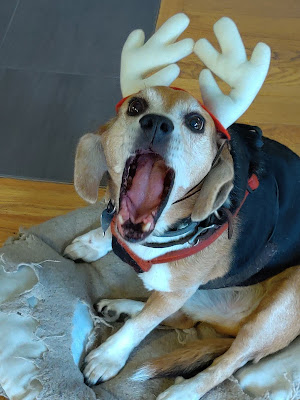 Lou the foxhound upset at the end of the season. He barely noticed it was here!

He's practicing with his Christmas Antlers. Takes a few weeks  of breaking in every year to get them to stay on long enough for the holiday picture.

It was almost the season without fly fishing.

I live three hours south of "the trout band" of cool water. The streams were largely open this year. The campgrounds ... not so much. Michigan delayed opening the public campgrounds this year by locking the gates and ... more decisively ... the latrines.

Social isolation on the streams - fine. In the facilities? Not so much.

The June 22nd campground opening allowed the dash of campers for the 4th of July. The campgrounds remained packed all summer by the hordes of covid refugees seeking some sort of recreational comfort.

I've neighbors who purchased a new Airstream Bambi just for this summer. Yes, I have my eye on it for when the novelty wears off. Hellooooo trout trailer.

Being officially old (my daughter's appraisal and our oldest son is now ... 40. No way to dispute it.) I need a good night's sleep to enjoy the "up north." I've a fine selection of tents and sleep like a bear out in the woods.

I'm not a fan of "Generator Johnny" or the guy on the F-150 who has to lock the truck (honk honk) at 11:30 PM or the drunken brothers-in-law who have to argue about the Detroit Tigers at 3 AM.

I was once in a party store in the up north buying cheese in a line with a Sheriff's  Deputy. I asked him how the gig was and if he worked year round. He said he was part of the regular staff and the gig was great until summer. When Memorial Day hit, all the folks from down south made the trip north and the first thing they packed was all their troubles. Domestic disputes were a common theme.

I am chasing new fish for the holidays.

I'm driving to an island where I can hide from the covid and where the infection rate and positivity rate are far less than where I am now.  Also, they have Snook in the surf.

Flies. ... Hmm. I have some clouser minnows. I'll be tying palmered-style shrimp. I may have to run over to Steve's Soft Hackle Journal and look at is barred surf perch soft hackle patterns.

I'll make up for a lost summer with a discovered fall.

Late July and early August will see me on the Madison. I've a place booked (roll over) from the 2020 season and my friend the wandering writer (and fly fishing equipment rep)  will be camped out for a couple weeks to bookend my trip.

The first part of my trip is paid for. The second part will cost me a case of gin and some steak-and-eggs fixings.

I hope your 2021 plans include some story-worthy outings. I have a thing about hot coffee on the beach early in the morning when only the triathletes are making their 7 mile runs. I'm a slow moving obstacle in the dark just like the sea turtles making their way back into the surf.

Spit snow here Sunday night. It was pretty serious about it, too. First sleet/snow of the season. More to follow I'm sure. 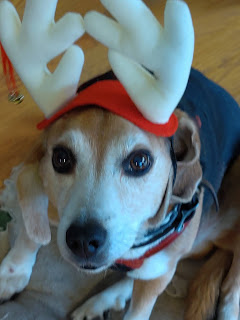 How do you get to Carnegie Hall? Practice. Practice.