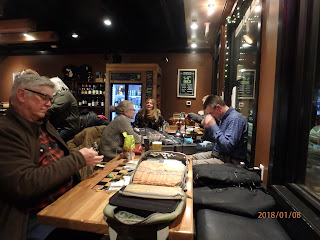 Jim and Brian tying steelhead flies. Lauren in the background talking to another local business owner. Ed is hidden by Brian who is looking at one of his feathers.

We tie on Monday nights at the Beer Grotto in Dexter. It's a way to pass the winter.


Wednesday night in the spring will see "casting night" at some local retention ponds. It isn't the fine facilities of the  San Francisco Casting Club but then it's Dexter, Michigan. Snake roll, single spey, the parachute, the steeple. It's a way to get some folks out with rods in their hands and maybe practice some skills that matter in the sorts of places we fish around here. 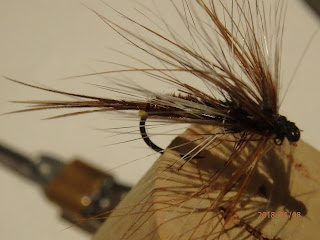 This Jingler has a sliver of closed-cell foam lashed to its back then wrapped with pheasant tail. Should float all day in dry-dropper rigs.

I tied these Monday night on size 13 and size 15 barbless hooks. This early season version is drab though the rust soft-hackle does a nice job. I'll dub olive and light olive bodied versions here shortly as well as a coachman style afterbody.

We'll see. I tied too few of these last year. I'll tie five dozen this winter. 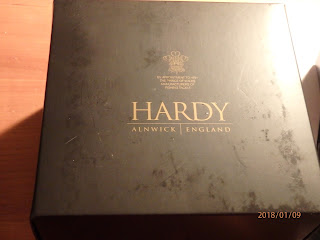 Show and tell. The is the box of my new 4" Bougle. Nice box. 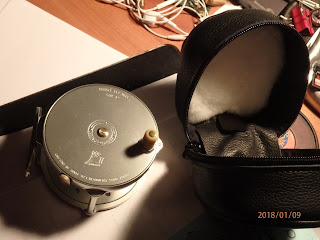 The case and reel. Nice leather. I'm going to have Chris Lantzy whip up a utility leather case. The case that came with it is really nice but I want more padding. Chris does a great job with the padding. 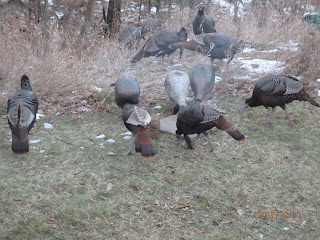 Late picture of some of my resident turkey at the "flock block" during Christmas week. 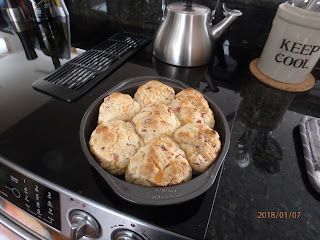 Practicing for season. Hammy-Cheesy biscuits I made for breakfast Sunday. Cathead biscuits with half a cup of shredded Tillamook cheddar and a cup of ham toasted in a skillet added at the final mix.

Even Beargirl thought these were pretty good. At camp, they'll be a huge hit. It's a ham sandwich breakfast style. Goes great with coffee. 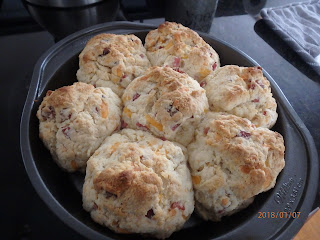 Fifty here on Thursday. We'll see if any of the ice on the Huron breaks. My bet is it won't.