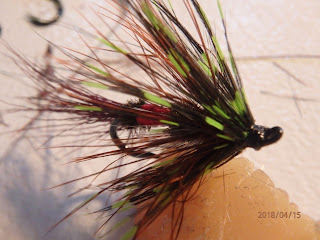 More flies from the recent bench in anticipation of a cold opener. 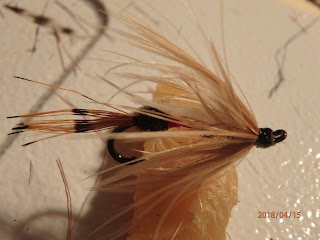 Coachman streamer with a blond ginger hackle. It probably is the wrong style for the early/dark theme but it will come in handy soon. 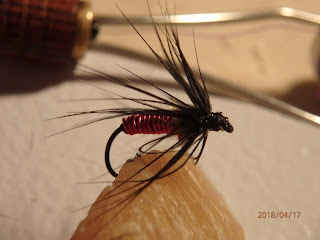 The red ass in size 15. This version uses the red wire abdomen.That's dark claret SLF as the thorax.

I'll us this fly as the deep-point in combination with ... 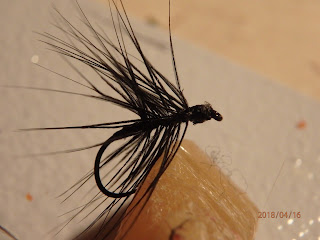 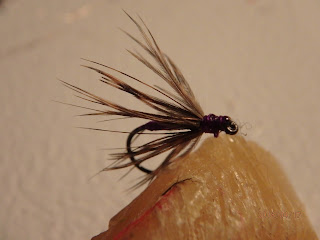 I bought a new sleeping bag today, A zero degree bag. It's going to bloody cold at night and my thirty degree bag won't be enough.