Where Are the Bugs? 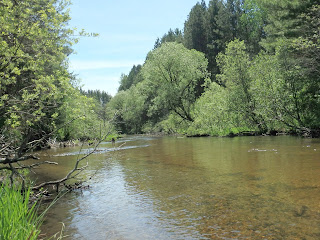 A fine trout dash to the upper Manistee last weekend. I managed a few brookies all of who refused to pose nicely for an in-net picture. I'm getting very good at impressionistic trout photography and I don't even use elaborate post-production filters! Wrigglers!

Anyway, up north and something is going on this year.

Michigan is usually a metronome bug state. This week has this bug. Next week starts that hatch. We're as dependable as the day is long.

Not this year. Even the mosquitoes are light and sparse. It's been a long cool wet spring but the insect life as is sparse and rare as observed by this angler. 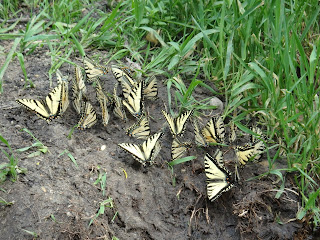 I found some of these fellows. I am a poor judge of insect taxonomy but I believe these to be eastern swallowtails. They are substantial in size so I doubt they are the Canadian variant. 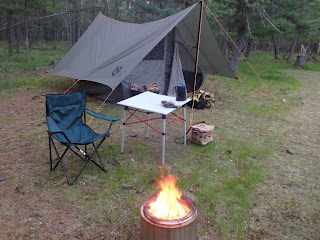 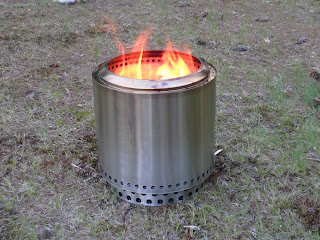 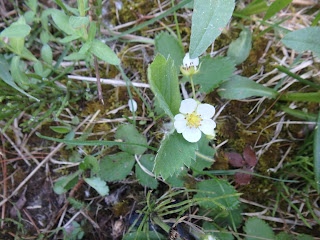 These fellows were out in vast numbers. Great to see. The bears will be happy. 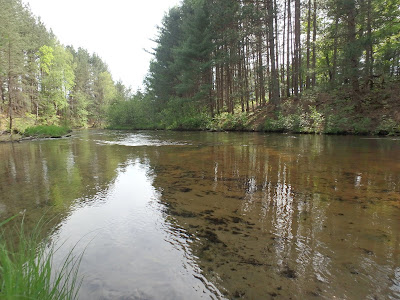 Dinner spot waiting on some sort of activity.

The time stamp is off on my camera by about 3 hours. This is just before 8 PM. I took a couple brookies from the cutbank on the far side during my first pass down this section at noon. I fished just over a half mile of stream early in the day then returned in late afternoon to fish the same water having scouted and memorized some key features.

This was a nice glide with three submerged structures on its stretch. 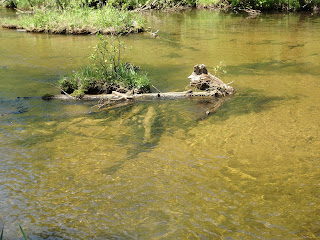 One particularly nice brookie I estimate over the 12" class was twice fooled by nice wire-wrapped partridge-and-yellow spiders in size 14. Nice fish.

Each time he dove instantly into one of these remaining CCC structures placed in-stream to provide habitat back in the day. Most are in the last stage of existence and are wader-rippers with big spike nails and jagged timbers. They do however hold fish.

The water is nearly five feet deep around this example which happened to show up well on the photo.

The trout took on the downstream drift and couldn't free himself from the tension of the line at thirty degrees off to the side. He'd then dive and sprint to the bottom of the structure where he easily snapped my light leader. As soon as I detected life on the line using a hand-twist technique (same thing I learned in Colorado long-line nymphing years ago), he'd be off.

I suspect this trout sports a dozen tattoos of disappointed anglers on his fins and holds a mouthful of piercings like a Seattle barista. 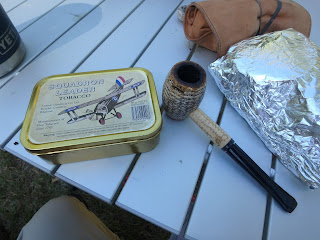 I was able to enjoy the last of some Squadron Leader. I'm not sure how much longer it will be in production so I've stockpiled plenty for the rest of my days. This tin was purchased in 8/2008.

That's my on-stream "Missouri Meerschaum" . I'm not going to cry if it gets away from me in fast current. I believe the $5 pipe is what one wants when on the water. 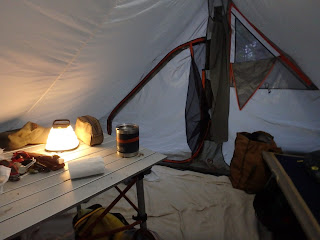 The advantage of the large wall tent is that one can work away late into the night in a mosquito free environment.

Scotch and ink, gentlemen: almost as pleasing as trout and water. (The T.P. is because of the allergies. I was a sneezing bear Saturday night.)


If you find the hatch, please let me know. I'm thinking of putting a picture of the brown drake on milk jugs.